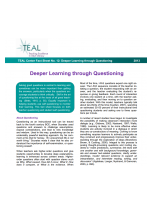 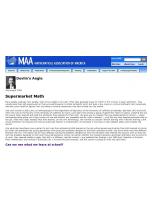 Many people, perhaps most people, claim to be unable to do math. What they generally mean by "math" in this context is basic arithmetic. They usually base their self-assessment on their poor performance in school arithmetic tests. But does a low score on a school arithmetic test necessarily indicate a poor head for figures? Not according to several researchers who have looked into the matter. Jean Lave, an anthropologist in the Department of Education at the University of California at Berkeley, spent time among a group of apprentice tailors in Liberia between 1973 and 1978.