Findings in this paper reveal that although college graduates who were born abroad were less likely to work in part-time jobs than were their native-born counterparts (9% versus 11%), the prevalence of involuntary part-time employment was considerably higher among immigrants (27%) than among those born in the United States (14%). Male college-educated immigrants were considerably more likely to be employed in part-time positions involuntarily than were female college-educated immigrants (41% versus 23%).

Involuntary part-time employment varied among college-educated immigrants by other demographic characteristics such as age, marital status, disability status, and school enrollment status. Generally, immigrants with a stronger labor market focus (such as those without children, the unmarried, or those not enrolled in school) were more likely to work full-time and have a desire for full-time employment, and when they worked in part-time positions, they were more likely to do so involuntarily.

Findings in this paper show that labor market underutilization in the form of involuntary part-time employment imposed steep costs on college-educated immigrants. Our examination of labor market losses found that compared with full-time-employed college-educated immigrants, those who were working in part-time jobs involuntarily had 72 percent lower annual earnings, 58 percent lower annual hours of work, and a considerably higher likelihood of working in non-college labor market jobs.

This paper will assist users to better understand labor market underutilization problems among the employed college-educated U.S. immigrant population. It can provide insights that could lead to policy development to not just increase employment opportunities of immigrant college graduates, but improve the quality of their employment to more fully utilize their college education. It also will assist the Department of Education in determining needs for programs to improve college-educated immigrant integration into the U.S. workforce through various types of training (e.g., ELS, job search efficacy) and/or retraining programs.

The most significant features of this report are increased understanding of issues and characteristics of underutilization of college-educated immigrants in the United States who are already employed. 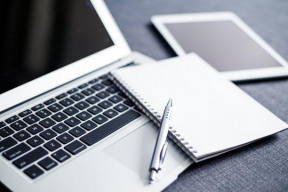